What Does Mental Health Care Look Like for “Normal” People?

What Does Mental Health Care Look Like for “Normal” People? 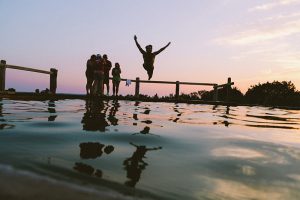 1 in 5 Americans will receive a psychiatric diagnosis this year. Why isn’t mental health care a bigger priority?

There’s a saying that we hear once in a while, and that is that ’Normal’ people don’t need mental health care.”  At least that’s what we, as a culture in the United States, tell ourselves.  It’s easy to tell yourself that mental health care, after all, is for “those people.”  For instance, the homeless guy we see living on the streets in downtown Austin we drive past on our daily commute. When we see them and reason that they might be a good candidate for mental health help.

Another example might be someone who actually seriously needs mental health care to care for a condition. Even someone with an unhealthy addiction that they are trying really hard to break and need a little bit more assistance and encouragement. You even see in the news headlines that a dangerous criminal that just did something horrific, and we think that they are the ones that really need this type of help. When we hear mention of “the mentally ill,” we don’t normally think of ourselves or our friends, family members or peers.

Whether we call these ideas stereotypes, common sense, conventional wisdom, or unexamined assumptions, most of us walk around with beliefs about mental health, which may or may not be based on present-day truth.  For example, our stereotype is that normal people have jobs and responsibilities.  They have families, friends, neighbors and, often, kids.  Normal people are those we see as predictable and reliable, worthy of our trust.  People like that don’t behave strangely.  Those types go to the doctor, but they don’t need mental health care. Most of the time they are successful and happy.

An estimated one in nine Americans has been prescribed a psychiatric medication, according to a study by the Centers for Disease Control.

The danger is that is we accept these stereotypes at face value, it makes sense that we have a societal blind spot. As a society, we have a massive blind spot when it comes to this piece of our health care.  We tune out media coverage about big policy decisions that determine who gets help.  Often we pretend that our minds and bodies aren’t inextricably connected.

When we believe mental health is only for others, we might be part of the 96% of a group surveyed by the American Psychological Association. In this group, there are people who have never heard of the Mental Health Parity and Addiction Equity Act. For us, this act is a federal law that was passed, with great effort, to help more Americans access mental health care.  Some out there wouldn’t know to care that the Trump administration recently passed a final rule that could jeopardize the this Parity Act. That could create a market for insurance plans that might leave out mental health care altogether for you and others.

According to the American Psychological Association, 96% of Americans are unaware of the Mental Health Parity and Addiction Equity Act. This hard-won legislation increases access to mental health care.

A hand holding addictive things. What is your addiction?

Occasionally, though, we’re all faced with incontrovertible evidence that the lines we draw between “normal” and “those people” are not so clear. We’re challenged to reconcile the two when it reaches that point for us.  Maybe it’s a friend or a family member who seems to be struggling.  Or a news story about a normal-seeming individual who commits an act of harm.  Suddenly, something that hasn’t had much to do with us hits, closer to home.

In real life, normal people do seek professional help.  They estimate one in nine Americans has been prescribed psychiatric medication. That statistic is according to a study by the Center for Disease Control.  One in five will receive a psychiatric diagnosis each year.  Many of us ‘normal people’ seek medications from primary care physicians. Some may not even be on our common radar as being a part of the mental health care system.  But they are.

Some people face tough circumstances that challenge their ability to cope, do you?

Normal women experience post-partum depression.  Sometimes a normal father realizes, after their child is diagnosed with ADHD, that they also experience and struggle with symptoms, too.  Normal people realize that their anxiety is making it hard to enjoy the success they’ve worked so hard to attain.  They have relationship problems, professional setbacks, and life-altering health conditions.  Some very put-together, accomplished, normal people decide that the way they’ve always been isn’t working anymore.

The truth is, when you need mental health care, you need it.  When that time comes, normal people cross their fingers and hope that they have “good” insurance coverage.  They search for professional help and hope to find a provider who works with their insurance company.  Mostly, “normal” people fall through the cracks of our system and continue to suffer.  Sadly, in our society, that’s normal.